Tina Lee Odinsky-Zec, BSc, MSc, Ph.D. (Candidate), Lecturer in Entrepreneurship and CRM, and Director of the Innovation and Entrepreneurship Center@ZSEM at Zagreb School of Economics and Management is from 1st of January 2016 ECWT´s 1st N-PoC in Croatia.

How did it all start?!

…my daughter and I were the youngest and oldest respectively to participate in the launch of Django Girls at EuroPython 2014 in Berlin where we were a group of 40 learning to code during the conference.  My daughter was surprised she was one of the only girls and then had a lightning talk pitching her idea for the Pyxie Dust Project to help get girls to move from consumers of technology to producers of technology.

Under the guidance of the Django Girls founders, she wrote to the Django Foundation and requested a grant to pilot the Pyxie Dust Project. I helped her structure the grant by giving her questions to answer and her answers and vision were awarded 800 USD to launch the first pilot event and Impact Hub Zagreb hosted it last September 2014.  We applied to scale the project got approval from the US Department of State with Impact Hub Zagreb as the lead partner to put on 3 events One happened in Zagreb in November 2015, the next one will take place March 4 and 5, 2016, with additional activities in Spring/Summer 2016.  It’s a small movement but growing with other requests for partnerships coming in from co-working spaces, local development agencies, high schools, and vocational schools. Josie, who is now 15, remains as lead on creative so we stay in touch with the target group.  She continues to develop her leadership skills along with her tech skills which also reflect in the participants who join in.

The Pyxie Dust Project is a combination of maker and coder events with hardware and software workshops.

We will promote STEM careers through guest speakers and online profiles.

To read or watch more here are some links: 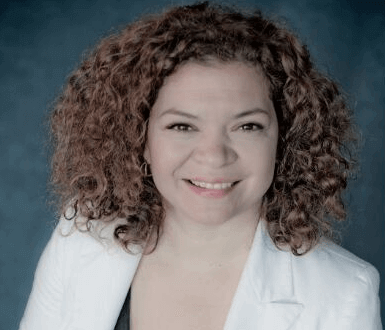 Tina is, however, not just passionate about supporting her daughter to become a tech producer and follow her dreams. Tina as Director of the Innovation and Entrepreneurship Center@ZSEM at Zagreb School of Economics and Management is just as committed to supporting women’s tech start-ups .
For more than a decade now, the Zagreb School of Economics and Management has been creating future business leaders, economic experts, and innovative entrepreneurs. With more than one thousand graduates, around 100 lecturers, and with 1200 students, the ZSEM stands out as the largest private institution for higher education in Croatia. The AACSB accreditation awarded to ZSEM in 2013, placed ZSEM among the top five percent of the highest-ranking business schools in the world.

From 2010 onwards Tina led also the Invest for the Future program initiated by the US Department of State under the leadership of Secretary of State, Hilary Clinton and Global Ambassador-at-large for Global Women’s Issues, Melanne Verveer. IFTF was conceptualized to focus on improving the economic situation for women across Southern and Eastern Europe and Eurasia. Through a series of events, it brought together women entrepreneurs, educators, policy-makers, and civil society leaders to foster development and overcome barriers to fully realize the promise of gender equality and “smart economics”, as investing in women profits all of society.

There have been three strategic regional conferences to build the base of the network. The conference series included Istanbul (January 2011); Zagreb (October 2011) and Warsaw (November 2012). Each conference was followed up with additional support for training and networking. The Invest for the Future#Talent conference in Struga, Macedonia is the first of two conferences targeted at the region including Albania, Bosnia and Herzegovina, Croatia, Kosovo, Macedonia, Montenegro, and Serbia.

Tina Lee Odinsky-Zec is the daughter of an entrepreneur who offered a balanced view on developing people as a priority right alongside the goal of generating a profit. She is a devoted teacher, trainer, and mentor as both a professor in higher education since 1997 as well as an active member in developing a vibrant entrepreneurship ecosystem. Her research interests include Applied Creativity and Innovation, Social Entrepreneurship, and Technology. Raised and educated in the US, Tina has been living and working in Zagreb with her family since 2004. ECWT is now fortunate to have found the right person for the right job in Croatia and with the support of the University, the new Croatian multi-stakeholder partnership will be taking shape in the next months and coordinating activities to get more girls to go for STEM careers and women launch their tech start-ups in Croatia.